Darwinism, the theory that we all learnt in science at school, is evolution based on competition, based on “survival of the fittest.”

Look at your life right now. Is it based on accepting you for the perfection that you are? Or does it stem from fear? Fear of missing out, fear of losing, or fear of inadequacy. Chances are, you were programmed subconsciously to believe in competing for survival from a very young age, without even realising it.

Let’s take a look at how your “survival of the fittest program” can have an impact on your body, based on the stickperson diagram above.

The diagram shows how the conscious mind, which acts based on ideas, is separate from the subconscious mind, which acts based on vibrations. It should also be pointed out that the body is the instrument of the (subconscious) mind as it behaves based on the emotions that we feel, which instructs the brain to secrete hormones that correspond to our vibrational being. Dr Candace Pert also showed through her research that our cells behave in a way that is very similar to how our mind works: the cell will only accept that which it is harmony with and will ignore “external” influences that can affect it.

We’ve been programmed to live based on our parents’ beliefs and views about life. Add to that the fact that most of us have been programmed to live our lives based on Darwinism, based on “survival of the fittest,”  competition and limited resources. So now, not only are we constantly in competition for resources, we also believe ourselves to be incompetent, inadequate and unlovable beings who need to be good (because we are all “bad” in essence and need to repent for all the sins that we have done) and you have the perfect mix for a concoction of stress hormones to be continually released into your body.

What’s the significance of this? Well, everything is spirit is either growing or dying. It’s either expanding or contracting. Our body is a prime example of that. As Dr Bruce Lipton showed in his lectures, the a cell can only move in 2 directions: either it moves towards something that continues to nourish it OR it moves into protective mode, away from toxins which harms it. Our body is in continual repair mode, naturally, but if we behave as per our subconscious programming, we’re not continually releasing growth hormones into our body to sustain its growth or repair. On the contrary, the stress hormones which our subconscious mind tells the brain to secrete (over time) forces us into protective mode. We go into survival of the fittest mode. We go into “we’re always wrong” or “we’re not loved for who we are” modes.

In simplistic terms, we go into competition mode, where we need to fight for our survival.

I recall seeing a news headline a week ago about a cancer patient who said that she is sick of having people tell her to fight cancer. I didn’t go into the rest of the article but it prompted me to think about how we always seem to be fighting a dis-ease or an illness. In a way, the fight reinforces our belief that we are imperfect beings. That we are unloved and incapable of healing ourselves. In a way, we have also programmed our body by telling it that external intervention is required for us to heal, that we are not capable of doing it on our own.

I’m not saying not to seek doctors’ advice or that we shouldn’t eradicate viruses and bacteria that are life threatening. On the contrary, I believe that doctors and researchers are excellent in their field and they do help us in times of need. We would still be in survival mode otherwise, being inundated with the plague and poor sanitation.

What I am trying to convey though is the message that in order for us to find the solution to our problem, we cannot continually look at the problem in the same plane that it has been created. We cannot solve our problem by continually fighting our disease. That’s why the news article grabbed my attention, as I instantaneously thought of Anita Moorjani’s messages. It finally made sense to me now, why we cannot keep fighting our disease, or should I say dis-ease. Because the fight reiterates our belief about our own inadequacy, of being imperfect, of being unloved, of our loneliness and separation from the universe as a whole!

For those with autoimmune diseases (which includes cancer), the cells are basically attacking themselves. Why? Because ever since we were young, we’ve been taught that we need to fight for our survival. The true perfection of who we are exists deep within us, but as we continue to fight that true essence, we continue to silence that inner voice that tells us that we are more than we’ve been taught to be. We react to our situation rather than take the time to stop, analyse our situation and respond appropriately. And since our cells behave like our subconscious mind, as Dr Pert pointed out, they too, continue to fight (or react) for their survival rather than analyse what it is that they’re attacking and how it affects the rest of the community of cells.

When the body starts showing symptoms of our internal war, we fight the symptoms with medications. By doing so, we continue to reinforce our inability to heal, or to accept ourselves as the perfect beings that we are in essence. As we continue to battle the war against our disease, we feel tired. We become drained energetically. Why? Because we’re at war with ourselves.

What I’ve learnt from a wise doctor is that most doctors don’t know why or how medications really work on an individual: they only use them because that’s what has been shown to be most effective in combating the disease, to keep it under control (ie war for peace – think nuclear bombing of Japan to end WW2). They have some idea of what the medications do, but for autoimmune diseases with no cure, all they can do is to force the condition under control and hope for complete remission of the disease within the individual.

Let’s take a look at what history has taught us about war. Let’s go into the reasons why wars occur in the first place. It’s about power struggle. It’s about our insecurities that someone is going to take advantage that if us. It’s about “I have greater weapons than you” ego. And what happens to the people who are caught up in war? The civilians suffer. The army suffers. Buildings are bombed. Schools are destroyed. Looting occurs. Everyone lives in fear. It’s a chaotic environment.

Now imagine the civilians and army as your body’s own cells. Who suffers in the end? YOU! As your cells battle one another, you’re left feeling defeated (literally). Your body is the barren land, the broken down buildings that have been destroyed by war. It now needs to rebuild itself if it is to survive and thrive and the only way to do this is not through more wars but instead, in assessing the reality around you and asking yourself, “Is this what I really want for myself?”

That’s why the key to healing yourself first begins with the awareness that you can heal. This is usually followed by an acceptance of things as they are, so that we can then allow the universe to guide us towards our own healings. We cannot hear our guidance if we have not been programmed to do so in the first place! Bob Proctor always said that in order to attract what you want, you have to move into that frequency. In other words, you cannot attract a healthy body if you’re constantly thinking about fighting a dis-ease! The problem and the solutions are on very different frequencies, and we need to realise that!

I recall one particular incident when I went into emergency department for a suspected appendicitis. Even when the blood test results and ultrasound scan showed nothing, the doctor insisted I have emergency surgery to remove it. Even my husband was trying to convince me to do it, but I refused to believe them. Somehow, my instinct told me that it is not appendicitis. At lost of what to do, I did Reconnective Healing on myself. The pain subsided significantly and I could walk once again an hour later, so I insisted that I was discharged from the hospital. And I never had the same problem since then.

Unbeknownst to me back then, I had believed in my own body’s ability to heal itself. I trusted my instincts and refused to let my external situation control me. RH may have awakened my subconscious mind, to stop fighting the pain, and to allow universal love to heal me instead. In that instance, biologically speaking, because I was at ease with my body, my subconscious mind would have instructed the brain to stop releasing stress hormones (causing the pain) and to release growth (repair) hormones instead. I suspect that’s how I walked out of the hospital with no diagnosis and no prescriptions. That was a powerful lesson for me because it taught me to listen to my own instincts, that which is connected to the infinite universal intelligence that “knows it all.”

My wish for you is that you are awakened to your inner healing ability, that you awaken to your innate potential to overcome your issues. As you do so, you begin to see that you are loved and that you are in essence perfect. You don’t see your dis-ease as something that you need to fight against. When you accept it, and begin to love yourself for who you are, deep in the core of your being, you will realise that you’re capable of anything!

As for those who say, “What about my child? He or she has done nothing yet is suffering from xyz condition?” And my advice to that would be directed to the parents and guardians of the child: what can YOU learn from the experience of being around the child? I’ve learnt a great deal from my son’s condition, about myself, about people and about the universe. It led me to share this information with you right now. But I could only reach this state of “enlightenment” when I stopped fighting my existing reality, and started to build a new reality for myself instead. 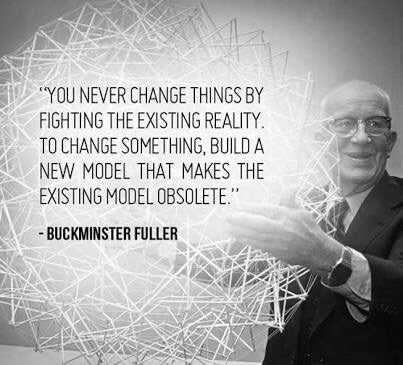